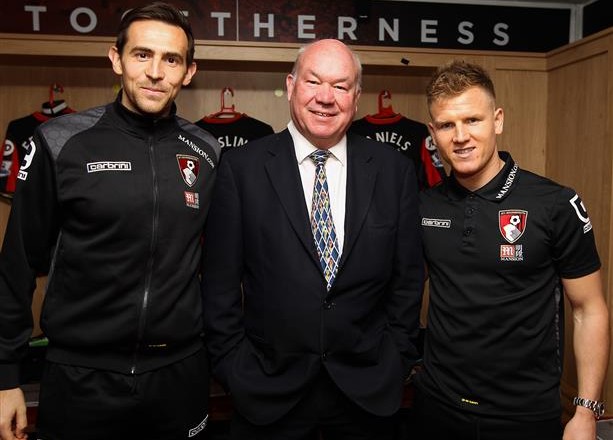 AFC Bournemouth’s campaign on new charity platform Raffity has raised over £6,000 for the Cherries Community Fund, thanks to the recent competition which closed at the beginning or March, and of course the generosity of everyone that donated for their chance to win.

David Hare (pictured) from Winchester, was randomly selected as the winner of a once-in-a-lifetime VIP experience at the home game against Swansea City.

Deliveroo, a fast growing food delivery brand that has recently moved to the Bournemouth area, donated the generous sum of £2,000, which guaranteed the unique reward of being afforded the opportunity to spend a day in the life of Cherries legend Steve Fletcher.

The dynamic company are giving the unique experience away in a prize draw to one lucky Deliveroo user in the local area that ‘opts in’ to the competition when placing an order from one of Deliveroo’s restaurant partners during the month of March.

Chairman Jeff Mostyn believes the funds raised will make a huge difference in the local community.

“A big thank you to everyone who supported the Raffity competition to raise funds for the Community Trust,” commented Mostyn.

“The money raised from the incredible generosity of supporters will provide support for so many worthwhile individual and group projects in our conurbation, which in some cases can be life-changing.”